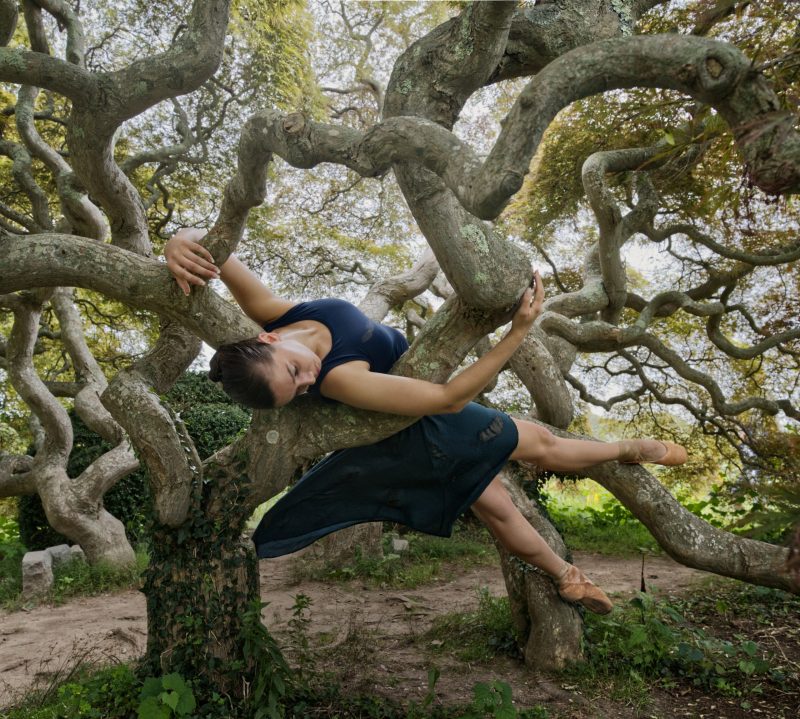 Body & Land is a four part dance work that follows the path of the four seasons. ECB has worked with local composer, Scott Simonelli who blended his musical composition with that of Vivaldi. Through this combination of modern and classical music, there is a parallel of how the seasons have changed drastically from Vivaldi’s 18th century world to our 21st century reality. Pairing these timelines together helps us recognize the changes in climate that the world is experiencing today. The modern musical interpretation reflects these changes season by season. Winter has sounds of cracking glaciers, Spring calls attention to fierce flooding, Summer depicts destructive forest fires, and Autumn explores turbulent winds and hurricanes. The work uses dance — an embodied art form –to compare the effects of climate change on both human bodies and on the body of the earth. This work is meant to encourage us to feel these changes on both an intellectual and a visceral level, and also to give a voice to the people who are affected most.