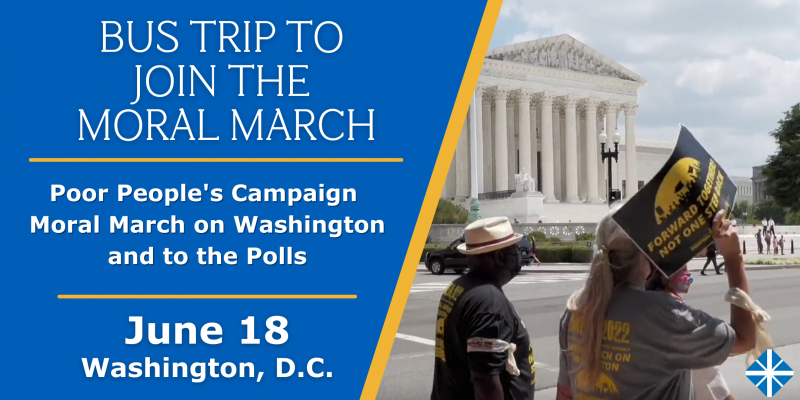 The June 18, 2022 Mass Poor People’s and Low-Wage Workers’ Assembly and Moral March on Washington and to the Polls will be a generationally transformative and disruptive gathering of poor and low-wealth people, state leaders, faith communities, moral allies, unions and partnering organizations.

It is NOT just a day of action. It is a declaration of an ongoing, committed moral movement to

We are gathering from across the nation to demand this nation do MORE to live up to its possibilities:

The Mass Poor People’s & Low-Wage Workers’ Assembly & Moral March on Washington and to the Polls on June 18, 2022 will be a generationally-transformative declaration of the power of poor and low-wealth people and our moral allies to say that this system is killing ALL of us and we can’t…we won’t…we refuse to be silent anymore!

***Proof of Covid vaccination is required to attend this event***