Sunday Forum Creation Care Series: What Might We Owe? with Bill McKibbin at Christ Church, Greenwich 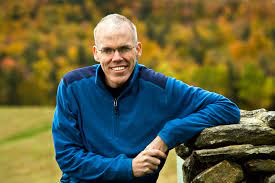 The extraordinary wealth of American suburbia is reflected in, among other things, clouds of carbon now warming the world. But this is not an unpayable debt, just one so far-unpaid; it’s a moment to think about how we can build the world we really want for those coming next.

As the founder of 350.org. Bill McKibbin now serves as the Schumann Distinguished Scholar in Environmental Studies at Middlebury College, as a fellow of the American Academy of Arts and Sciences, and he has won the Gandhi Peace Prize as well as honorary degrees from 19 colleges and universities. He was awarded the Right Livelihood Award, sometimes called the alternative Nobel, in the Swedish Parliament. Foreign Policy named him to its inaugural list of the world’s 100 most important global thinkers. He wrote the first book about climate change, The End of Nature in 1989, has since written 20 books, and has been arrested 11 times.