February 2nd is the Feast of The Presentation of Our Lord

Previously, we discussed the conversion of St. Paul, the Apostle who was blind, not just of sight, but blind of heart. After regaining his sight, he was able to look at people he held bias against differently than before. From this story we learned what it means when our faith lacks love. When we hold space for love within our faith, we can see God in others.

This week as we venture into February we reflect on the presentation of baby Jesus, when Mary and Joseph took him to the temple. Luke 2:22 narrates the purification ceremony, required by the law of Moses, that takes place 40 days after a 1st born son is brought into the world.

During this ceremony a burnt offering occurs: a symbolic representation of commitment & surrender to God. A burnt offering, which translates to “ascent” or “stairway” in Hebrew (olah), is a way to atone for sin and show appreciation for the Lord.

Much like the burnt offerings given during the purification ceremony at the temple, this is a time when we offer ourselves to the Lord and surrender to His refining fire; creating in us a pure and clean heart, removing any impurities that blind us, similarly to Saul. There may be periods of discomfort as God purifies us from within to gain clearer sight but let this process encourage us, as it is his overriding commitment to grow us closer to Him.

The Presentation of Our Lord poses a larger theme about ascending to love through God’s light of revelation, Jesus Christ. As our hearts and minds become illuminated by the purifying light of Christ on this day, let it further reveal the significance of acting in harmony as God’s creation, not only within ourselves, but also with others around us. When we activate the spirit of unified love, we enter an expansion that reflects spiritual growth.

When we give unconditional love to our siblings in Christ and compassion to ourselves, it creates a cycle of love that flows back to us, allowing us to truly see the light, God’s grace, and the love of Christ, in everyone. The only way we can truly be siblings in Christ is to love like Christ which will bring about a new way of belonging.

The Season of Refinement is about showing up and making a conscious effort to grow our hearts in the light of Christ and expand our experiences to a boundless loving mindset so we may present ourselves to God in a way that Mary and Joseph presented Jesus in the temple. Consider your community and what needs to be tested by refiners’ fire to look more like God’s Kingdom.

You have a deep knowing that when you pray, meditate, or simply sit in stillness that you open a channel of connection to God, where loving energy and information flows to you and through you.

Meditate on these Affirmations for Balance:

“I am calling in Harmony as God Refines me:” 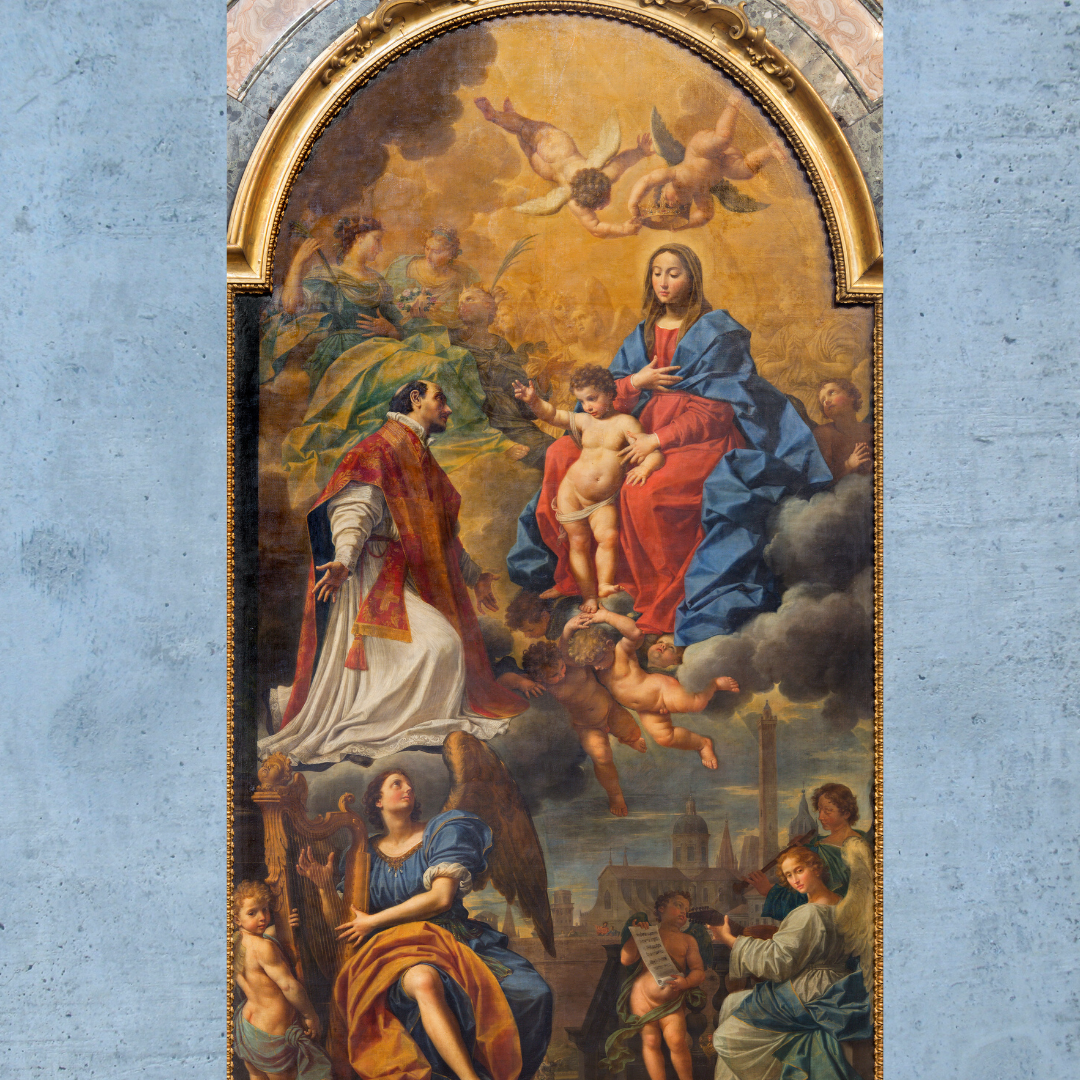 Offered by the Rev. Whitney Altopp

Join the Rev. Canon Ranjit K. Mathews and the Rev. Whitney Altopp on Feb. 1 at 6 p.m. via Zoom to learn more about The Poor People’s Campaign and the upcoming Mass Poor People’s & Low-Wage Workers’ Assembly and Moral March on Washington. Learn more.

The annual remembrance of Dr. King draws our attention to his call for unity across racial division. This message continues to resonate and inspire us today. However, in honor of him, we would do well to remember his other calls to action. At his death, Dr. King was fighting against what he called the “triplets of evil”– militarism, racism, and economic injustice– a combination which disregards human value. He and others committed themselves to solidarity with the poor of our nation to fight to close the economic gap by addressing the unholy trinity of these three features of American life. The effort was called The Poor People’s Campaign. It could be argued that this is ultimately what got him killed.

The Rev. Dr. William Barber and The Rev. Dr. Liz Theoharis have breathed new life into the Poor People’s Campaign. Beginning in 2018, “from Mother’s Day to the Summer Solstice, poor people and moral witnesses in 40 states committed themselves to a season of direct action to launch the Campaign. What ensued was the most expansive wave of nonviolent civil disobedience in the 21st century United States. More than a series of rallies and actions, a new organism of state-based movements was born. Now, in over 40 states, the groundwork for a mass poor people’s movement is emerging.” 1 This revival of the Poor People’s Campaign came 50 years after Dr. King died working on it.

Then, as now, the Poor People’s Campaign called for attention to:

When the “triplets of evil”—militarism, racism, and economic injustice— come together, they create an environment of exploitation and disregard. Evil grows up around and through us, seemingly with ease. As the Poor People’s Campaign goes on to say:

“Today, 50 years after Rev. Dr. King and the 1968 Poor People’s Campaign declared that “silence was betrayal,” we are coming together to break the silence and tell the truth about the interlocking evils of systemic racism, poverty, ecological devastation, the war economy and our distorted moral narrative.
The truth is that systemic racism allows us to deny the humanity of others; by denying the humanity of others, we are given permission to exploit or exclude people economically; by exploiting and excluding people economically, we are emboldened to abuse our military powers and, through violence and war, control resources; this quest for the control of resources leads to the potential destruction of our entire ecosystem and everything living in it. And the current moral narrative of our nation both justifies this cycle and distracts us from it.” 2

In Dr. King’s final book, Where Do We Go From Here? Chaos or Community, published posthumously, we hear his prophetic words for that present moment speak to our present moment.

“We have ancient habits to deal with, vast structures of power, indescribably complicated problems to solve. But unless we abdicate our humanity all together and succumb to fear and impotence in the presence of the weapons we ourselves have created, it is as possible and as urgent to put an end to war and violence between nations as it is to put an end to poverty and racial injustice…I do not minimize the complexity of the problems that need to be faced in achieving disarmament and peace. But I am convinced that we shall not have the will, the courage and the insight to deal with such matters unless in this field we are prepared to undergo a mental and spiritual re-evaluation, a change of focus which will enable us to see that the things that seem most real and powerful are indeed now unreal and have come under sentence of death. We need to make a supreme effort to generate the readiness, indeed the eagerness, to enter into the new world which is now possible, ‘the city which hath foundation, whose Building and Maker is God.’”3

The Poor People’s Campaign in its current inception helps us have “the will, the courage and the insight to deal with such matters.” The Rev. Canon Ranjit K. Mathews and I are inviting interested persons to a planning meeting on Feb. 1 at 6 p.m. via Zoom, to begin to lay the groundwork for a Connecticut presence at the Mass Poor People’s & Low-Wage Workers’ Assembly and Moral March on Washington on June 18, 2022. Learn more about how you can participate in this planning meeting.

We hope that you’ll be inspired by the closing words of Dr. King’s final book.

“We are now faced with the fact that tomorrow is today. We are confronted with the fierce urgency of now. In this unfolding conundrum of life and history there is such a thing as being too late. Procrastination is still the thief of time. Life often leaves us standing bare, naked and dejected with a lost opportunity. The ‘tide in the affairs of men’ does not remain at the flood; it ebbs. We may cry out desperately for time to pause in her passage, but time is deaf to every plea and rushes on. Over the bleached bones and jumbled residues of numerous civilizations are written the pathetic words: ‘Too late.’ There is an invisible book of life that faithfully records our vigilance or our neglect. ‘The moving finger writes, and having writ moves on…’ We still have a choice today: nonviolent coexistence or violent coannihilation. This may well be mankind’s last chance to choose between chaos or community.” 4